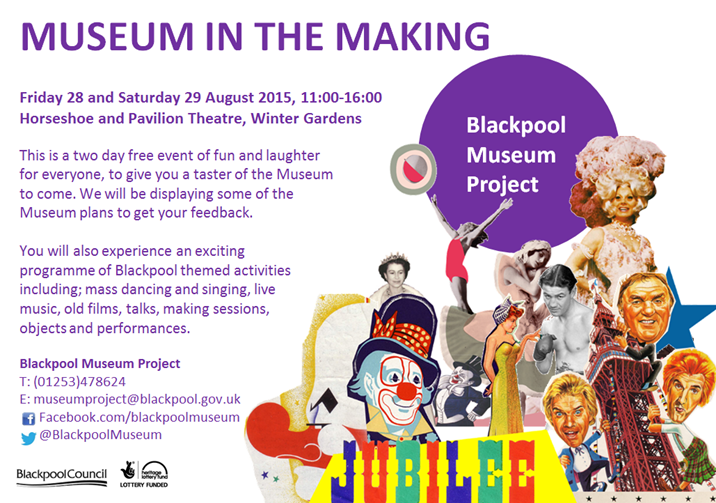 Plans for the proposed new Blackpool Museum will be unveiled to the public at a special two-day festival in August.
For the first time, people will be able to get a taster of what the museum could include, comment on the plans and see special performances.

The event, which will be staged in the Pavilion Theatre in the Winter Gardens on August 28 and 29, will include quintessential parts of Blackpool’s history that everyone can enjoy, including a Blackpool Tower building challenge, a 1920s singing booth and large screen projections of Blackpool through the ages.

In May 2014, the Heritage Lottery Fund and Blackpool Council announced a £1.6m pot of money to start developing how a Blackpool Museum would look.

Since the announcement, a group of eight dedicated staff have spoken to more than 2,500 people in Blackpool and across the country to develop the museum and explore what it could include.

The aim is for the Museum, which will be based in the Pavilion Theatre and Horseshoe at the Winter Gardens, to incorporate all the best features of Blackpool’s famous history in a fun, interactive way, far removed from a traditional museum format.

A second round submission for the final money for the Museum is scheduled to be made in February 2016, with a decision expected later that year. Blackpool Council has confirmed a £2m contribution towards the project, which will create 80 full-time jobs.