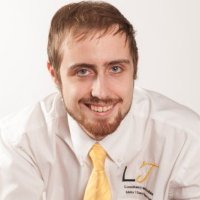 On Wednesday 25th February I took the plunge and had my first ever stand at a business to business exhibition. Blackpool Expo featured over 60 exhibitors from the local area at the plush, impressive and award after award-winning Ribby Hall Village.
Armed with my roller banner, 500 leaflets and an assortment of gold and pastel coloured balloons drawn from the Little Touches brand palette, Stand 50 was my home for the day. Surrounding me at neighbouring stands were all my 4Networking mates: Sam Keenan, Brian Morrison and Paul Cryer, which was a very reassuring way to start off the day. The familiar faces parade continued and it was great to see an almost endless conveyor belt of people I know, like and trust from UCLan, 8 Business Networking and BizSocial too.

I am pleased to report that from curtain up at 8.30 to curtain down at 3pm that I was constantly talking to lots of new people interested to hear more about what Little Touches does. One particularly memorable encounter is when a lady asked me “Do you do narrowboats ?” Open to a fresh set of eyes and wholeheartedly insisting that the work I do with B&Bs, Guest Houses and Hotels is transferable to boat accommodation, I am excited to now be embarking on my first floating improvement project.

Just from being active on LinkedIn groups and regularly checking the “People You May Know” feature, I could glance around the room and also see other business men and women that I’d been admiring from a distance, but had never met in person. The expo offered me the chance to swap cyberspace for human race and talk to some incredibly helpful leaders, including Lesley Crowe from Blackpool Unlimited and Paula Clark, who is the WorldHost training coordinator for the resort.

The day’s keynote speaker was Neil Clough, a finalist in the 2013 series of BBC One’s The Apprentice. Having previously witnessed his fantastic motivational speech at Wigan Expo, I made a point of making sure I listened to it again, so that all the salient points sunk in. Neil’s main advice was as follows:

Don’t be afraid of failure

Know and champion what makes you different, your “yellow shorts”

I also got filmed on that day for my first ever “sizzle” video:

Thanks to Nichola Howard from Launch Events for twisting my arm to have a stand at Blackpool Expo. Turns out it was just the ticket for Little Touches as I celebrate my first year in business.

Little Touches ® improves B&Bs, Guest Houses and Hotels. Tom Metcalf is the Founder and Lead Consultant of the company. Having worked for the best on both sides of the Atlantic: Disney and Bourne Leisure, he is using this grounding as a springboard to bring creative renewal to UK establishments in the form of details which delight.